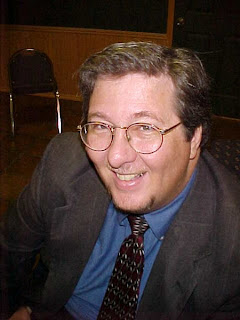 I had the pleasure to read and review An apple for Zoë. After a lot of e-mailing between me and the writer: Thomas Amo, I asked him if he would be interested in having an interview with me for my blog. And because I’m writing this post you know he said yes.
I want to thank Thomas for taking the time to do this interview. I really enjoyed reading the answers he gave I hope you reading this will do too!

1. Can you tell us a little bit about yourself?
Born and raised in California. I am what is considered “Television Generation” meaning T.V. was aimed directly at families during those days.  I grew up addicted to watching the old Universal Horror movies, like “Frankenstein, The Wolf Man, Dracula and of course loved T.V. shows like, “Lost In Space, The Avengers, The Benny Hill Show”. I loved re-enacting out whatever I saw on T.V. when I would get together with my friends. I was not a very good student at school, because I was always distracted by thoughts of movies, books. Later on I joined the drama department in school and realized there were just as many kids like me who felt the same way. In a way I became lucky because I got involved in theatre at 14 and by time I was 17, I was with a professional theatre company and stayed with them for 8 years. I went on to later own my own theatre company and acted, wrote and directed for a living.
2.When did you first realize you wanted to be a writer?
My first trip to Disneyland as a boy. Seeing the Haunted Mansion. I begged my mother to please buy the record of the Haunted Mansion and I listened to it over and over, driven by the music and voice of actor Paul Frees. I was about 9 years old I think. It started making me think of wanting to create my own ghost stories. So I would say for sure I’ve been writing since I was 10 years old.
3.    What comes first? The story, the charater(s) or the idea for the novel?
Well Annabel, this is not an easy answer for me. Because I have a very unusual style of writing. When I wrote plays for the theatre, often times I would have a title long before a story. With An Apple For Zoë I knew I wanted to write the scariest story I could think of. To me there was no clear cut idea. I knew the story was there but it was a fog to me that I had to journey through to find  clarity if that makes sense. In other words there is no one thing I use to start off with when I write. In fact my first novel “Silence” I wrote to help me get over the break-up with a girlfriend.
4. What would be your favorite past time activity, when you are not writing?
I love to play Rockband on the playstation. My friends come over and we sing and
play the music we even have a fake band called “Now Here’s Roy!” lol. I like
spending as much time at the ocean as possible.
5. Are there any writers out there that have inspired you?
Yes, Robert Graysmith, who wrote the book “Zodiac” on the Zodiac killer. It introduced me to the world of True Crime. I like early Stephen King, although I must confess, I become overwhelmed by his writing sometimes because he is so detailed that I start to become bored. I also like Richard Matheson, his book, “Hell House,” Is very chilling. First book I read that scared me was Jay Anson’s “Amityville Horror” I was really terrified when I read this book. Later it was revealed to be a hoax. Too bad, as he was a good writer.

6. Can you tell a little more about your book: An apple for Zoë?
An Apple For Zoë is about evil. Old evil. Evil that goes back to the Garden of Eden. It is about faith. Our protagonist, Thomas James is a man who is basically good at heart but has no relationship with God or the Devil for that matter. He cannot bring himself to accept that there are supernatural forces at work in this world. What he faces in this journey will make him question everything he’s ever believed in.
7.  What inspired you to write this story?
This book took on many different lives. I worked briefly as a death investigator when I wasn’t an actor. And I saw many crime scenes and the smallest details would haunt me. Like being called to a murder scene and the house was cluttered with garbage and boxes of junk everywhere and on the front porch by the door there were a stack of books and the book on top was titled, “No one gets out of here alive.” Things like that would stay with me. So at first I was planning to just write a book about a serial killer who sets out to kill 26 girls going through the alphabet beginning with A and of course ending with Zoë.  But I threw that concept out very quickly as I wrote the first scene. The craziest thing about the first scene in the book Annabel, I had no clue how the two victims were connected. I puzzled over that for months. I would pace back and forth like Thomas James and wonder who are these victims and how are they linked?  You would think as the author I would already know that. But I didn’t.
8. Which character did you enjoy writing about the most and why?
FBI Director Paige Collins. She’s not a major character in the book but I love her story. It scares me. She’s such a strong woman and I loved spending time with her. I am looking forward to learning more about her in the next book.  In fact you may have noticed that a lot of my characters are strong female characters. I love to write strong women. That influence comes from my mother. She grew up in very adverse conditions and has had many setbacks in life, yet she endured and always had a good outlook, she prayed every night and asked God to look after us. I have a real love and respect for women thanks to her.
9. If you could have dinner with one of your characters who would you choose and why?
Julie Jackson. Because I want to know why she felt like she had to be away from
Thomas James when she loved him so much.
10.  Do you get a lot of responses from your readers?
Not yet, but it’s early days yet.
11.   What are you currently working on?
YES! The second installment of the trilogy. “An Apple For Zoë book II The Wicked” Also a screenplay for a movie called “Forever Me.”
12.    Is there anything you would like to say to your readers?
I love questions and to interact, please always feel free to communicate with me. I may not always be able to answer questions about what happened to who or what’s next in the story but I might give you a hint.
Readers can find me Annabel at these websites.
My official Facebook Page:
http://www.facebook.com/pages/Thomas-Amo/110896962316637
Goodreads:
http://www.goodreads.com/author/show/3140086.Thomas_Amo
Twitter:
http://twitter.com/#!/AuthorThomasAmo
The book can be found in both kindle and paperback on Amazon
Kindle version:
http://www.amazon.com/Apple-Zoë-Forsaken-ebook/dp/B004NBZDZO/ref=sr_1_1?ie=UTF8&m=AG56TWVU5XWC2&s=digital-text&qid=1299950461&sr=1-1
Paperback version
http://www.amazon.com/Apple-Zoë-Book-One-Forsaken/dp/145656188X/ref=ntt_at_ep_dpi_3
And for readers in Europe
http://www.amazon.co.uk/Apple-Zoë-Forsaken/dp/B004NBZDZO/ref=ntt_at_ep_dpi_3
Thank you so much for this opportunity Annabel!
I absolutely love and support my book addiction.
Cheers Thomas Amo
Thank you again Thomas for this interview! If you want to read my review of: An apple for Zoë Click Here and let me tell you this book is really worth your time!


The City of San Francisco is locked in a grip of fear. A series of occult murders has led, Inspector Thomas James, to a crime scene similar to a murder committed 90 years ago in the once grand Aleris Hotel. A place where power barons of the early 20th Century engaged in witchcraft. And silent film stars indulged in the most wicked of sins.


Never in my life have a read a book with such a cliffhanger as this one! You don’t have any time to catch your breath when you read this story. It starts with a murder scene and as mentioned before ends in a cliffhanger you will never forget.
The book is very well written and if I hadn’t had to go to work I would have finished it in one sitting. Because once you start this book you won’t be able to put it down. The book is action packed and full of the most horrible things happening to humans. Before you have the time to process one thing your already in the middle of the next gruesome scene. I just can’t tell you how much I loved this book in words!


If you want to read a book that keeps you up at night, that won’t let you go and has the most amazing cliffhanger ever then start reading this book! This book is in my top three of best books I’ve read in 2011 so far!