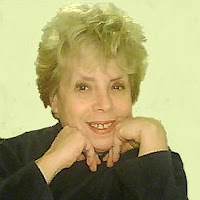 So after having the pleasure of reading her book: The house on blackstone moor, I also got to pleasure to do an interview with Carole Gill. I want to thank her for the time she took to answer my questions! Enjoy the interview.


1. Can you tell us a little bit about yourself?


I am married and live in Yorkshire in England. I was born and raised in New York but somehow fate brought me to my husband and to England! Walking our dogs across windswept moorland and farmland is very inspiring to me and actually gave me the inspiration for the novel.


I love history, too and quite frankly I prefer setting longer pieces of fiction in the past. I suppose it’s a kind of wishfulfillment! For short stories, I tend to set them in the present!


As for personal likes: I enjoy a wide range of music from classical to rock to gothic metal and jazz! Travel is something I love as well. If I could live anywhere I’d live in Paris! I say that as a former New Yorker who does happen to love London too, but ah Paris, you have won my heart!


2. When did you first realize you wanted to be a writer?

I think from the day at age eight when I wrote a science fiction story, I must have wanted to be a writer. Teacher, Principal and parents were delighted. But I didn’t think anything particularly of it. I just continued to write.
I played with my parent’s books before I could read by the way. I still remember a collection of Shakespeare (small green books) and one of Poe (small pink books). And here’s a confession: I used to sleep with a book instead of a doll. What a little bookworm I was.
Poe got to me by age eleven I would say and I began to write the most depressing ‘prose’ you’ve ever seen! My mother became alarmed and asked my teacher what she thought. “Let her get it out.” Was the advice and excellent advice, too. My parents accepted that and then began calling me Edgarina Allen Poe!

I began to write about other things and kind of matured I guess as I saw the beauty in life too.

3. What comes first? The story, the charater(s) or the idea for the novel?
The idea comes first. Then a very basic story.  The characters come next. Now when I say basic I mean with The House on Blackstone Moor I envisioned a grand looking house built on desolate moorland. I saw in my mind’s eye a bleak, frightening landscape—a darkened house with howls of wind blowing outside. I saw too a light on in an upstairs room. Then I ‘heard’ a terrible scream. That kind of began to give me my story!
One further point, I’m a seat of the pantser. That is I write with no outline, just a very basic idea. I plan fully fledged characters, not down to eye and hair color—with me it’s more a question of getting to know their character. They give me the rest of the story.
4.    What would be your favorite past time activity, when you are not writing?
Riding a tour bus through Paris! Also any sort of travel. Getting out with husband and dogs to see the world.
5. Are there any writers out there that have inspired you?
Daphne DuMaurier was the first and the most lasting source of inspiration. I remember reading Rebecca and discussing it with my friend. We were probably 12 or so. We read passages to each other and something clicked in me. Then I read more of her novels. Then of course the Brontes came along: Charlotte and Emily and their magnificent novels, Jane Eyre and Wuthering Heights. I fell in love with the gothic narrative then and I’m still in love with it!
6. Can you tell a little more about your book: The house on Blackstone Moor?

Well, it’s a novel about evil, both supernatural and human evil. I am of the opinion that human evil can give supernatural evil (as depicted in fiction) a good run for its money. I mean all you have to do is look at history.
Since I think the gothic novel has to change a bit for today’s reader, I thought to bring in a pretty dark issue as central to the story. Although child abuse is only alluded to, it is the basic poison from which the story springs. Rose Baines discovers are mad, incestuous father has slaughtered himself and her family. She asks throughout the book if ‘evil can find its way in through some act of evil,’ referring to the incest.
She gets her answer and its troubling.
I sought in this book to write much more than a vampire story. I hope I have succeeded. There are fallen angel spawn, vampires, demons and a battle with Satan himself!
Fallen angels intrigue me as does the question of damnation. I make reference to the war in Heaven when God’s angels chose sides. What if some supported Lucifer but immediately regretted that decision? They are damned regardless. But what if they had sons, good and bad. Those sons would be damned through no fault of their own! That is the meat of the story. That branding that will last forever, as they are immortal—that damnation was visited upon them through no fault of their own really. This is so important to the story in my opinion as are the vampires, each raised up differently. Each snatched from the jaws of hell and each returning to the world changed in his or her own way.
That’s what I’d like you to know about the story.
7. What inspired you to write this story?
Since I think gothic fiction should change for today’s reader, I took a story that could in many ways be considered gothic romance and I sought to make it as dark as possible.
I wanted a story written in the gothic narrative but one with the darkest themes possible: a novel that would never have been published years ago.
I’ve always thought there is a story behind the story in Rebecca and Wuthering Heights for example, far darker stories full of shocking evil and decadence.
8. Which character did you enjoy writing about the most and why?
I loved both my main characters: Louis and Rose. They are so real to me. They were when I was writing the novel and they still are! Happily they will appear in the sequel!
I also, truth be told, found writing the character of Eco—a delciously evil, campy fallen angel spawn. He was great fun to write about!
But to answer your question, I’d say Rose Baines—my heroine. I wanted to depict a real flesh and blood woman. A girl who is driven half mad through circumstance, who suffers tremendous evil and finds stirring within her great love. I wanted her to grow and change in the story. And I also had her believing very much in fate, something I too believe in!
9. If you could have dinner with one of your characters who would you choose and why?
I suppose Rose. I’d like to tell her how very sorry I am she suffered as much as she did. I’d want to reassure her that I only had her suffer to give the book body and depth. To depict change and growth. I would of course confess that I still felt guilty to star her in such a tempestous book and I am sure I would apologize for making her suffer!
10. Do you get a lot of responses from your readers?
Yes! That’s what prompted the sequel! I had people saying they couldn’t forget the characters. They still write to me, many of them, saying how they can’t wait for the sequel to come out!
I am delighted by the response. I’ve had male readers tell me they’d never thought they would genuinely like a book like this but they did.
I am so delighted by my readers’ reactions!
11. What are you currently working on?
The sequel! Which is entitled, Unholy Testament and will be released later this year by my publisher, Vamplit.
12. Is there anything you would like to say to your readers?
Hello readers! You know from having read The House on Blackstone Moor how very dark some of the story was. I am endeavoring in the sequel to give great insight into those characters you might have had questions about! I think immortals who live forever need to have their existences gone into in depth.
I hope you will read Unholy Testament because it is a work of utter love. The more I write of this sequel, the more certain I am that you will like it!
Thank you very much!
You can find more about Carole Gill and her books by visiting the links below:
blog:
http://bloodygoodvampires.blogspot.com/
website:

Again thank  you Carole for your time to answer these questions. And I can’t wait to read the sequel Unholy testament!
If you want to read my review of the book Click here


This is a tale of vampirism, madness, obsession and devil worship as Rose Baines, only survivor of her family’s carnage, tells her story. Fragile, damaged by the tragedy, fate sends her to a desolate house on the haunted moors where demons dwell. The house and the moors have hideous secrets, yet there is love too; deep, abiding, eternal, but it comes with a price, her soul.

The view of a book addict:
This book is an amazing read, it combines two of my favourite things, Victorian England and Vampires. Bet there are not only vampires, there is more evil in this book. The first chapter really sucked me into the story and I just couldn’t wait to know what would happen to Rose and her life.
The book combines the life in Victorian England with a supernatural story. It’s great to read how people thought about vampires and demons in Victorian England. Of course we still think about them in much the same way but didn’t we change our opinion about vampires? This book really makes you think about how evil vampires really are. An amazing book that makes you think about it even after you finished it.


This is a book for people that like me love the paranormal seeing combined with a good historical story. I loved to read how this two elements were combined, they worked so well together. This is by far one om my favourite books this year.